It’s been a tough 36 hours, back home in Dhawa after a couple of months away, and yet feeling like I don’t know where I am. Almost every one of the 45 houses in Balimtar, the beautiful hamlet in Dhawa, where we built our last primary school, is now a twisted pile of rocks, strewn with personal possessions. The people here don’t have much, but what they did have is no longer. Many have also lost their year’s supply of food, their stores of rice and corn now buried and mixed with earth and rock.

We were so pleased to see each other we wanted to smile and laugh. And for moments we did, as we forgot the carnage around us. But I couldn’t avoid the emptyness in some of their eyes. Their usual stoicism and amazing tolerance for hardship was gone. The life had been knocked out of them.

It was a look I saw again and again all through the day, as we went from hamlet to hamlet, house to house, trying to cover as much ground as possible. With Giri and the other village leaders, we split into four teams – to triage the most in need, pitch tents with volunteers from each of the districts, and try to assess the scale of what was needed not just to get everyone sheltered and watered, but to rebuild, provide some sustained support and return life to something approaching normality. Nripal and Pemba had been on the phone for hours genially arranging more and more tents and blankets from donors in Nepal and beyond – and we even had a chopper land with more supplies, much to the delight of the children. But it was horribly clear to all of us that it would be years, not months, before we would be back in the Nepal we all know and love.

By some miracle Dhawa has managed to avoid the massive loss of life suffered by so many of our surrounding villages and towns. In Bachek alone, a much smaller village, 60 died. Everywhere we went I told people I’ve lived around for many years how sad I was that their houses had been wrecked but how happy I was that they were all safe. Together we marvelled at the earthquake happening on a Saturday – saving thousands of children in the 20km circle around the epicentre from injury or death, as all the old school buildings crashed to the ground. And for moments again we smiled and thought how lucky we all were that if had not been worse. But it didn’t last long.

One lady I know well I found crying on her own while collecting dirty water, next to a huge pile of rocks and bent metal. She told me her son had taken a loan to build the family house just 9 months ago, which had just been finished, and was now uninhabitable. Her other son, the only person in her family ever to go to secondary school, had decided to leave his studies and take a manual job in Saudi, where he will work 7 days a week for two years, before being allowed to return, to try to cover the family debt. When he comes back he will see his unborn child for the first time. As I have one of those myself, I buckled and couldn’t bring myself to take her picture. I had to turn away, unable to stop my own eyes from streaming. And I realised how far the effects of this tragedy will be felt. 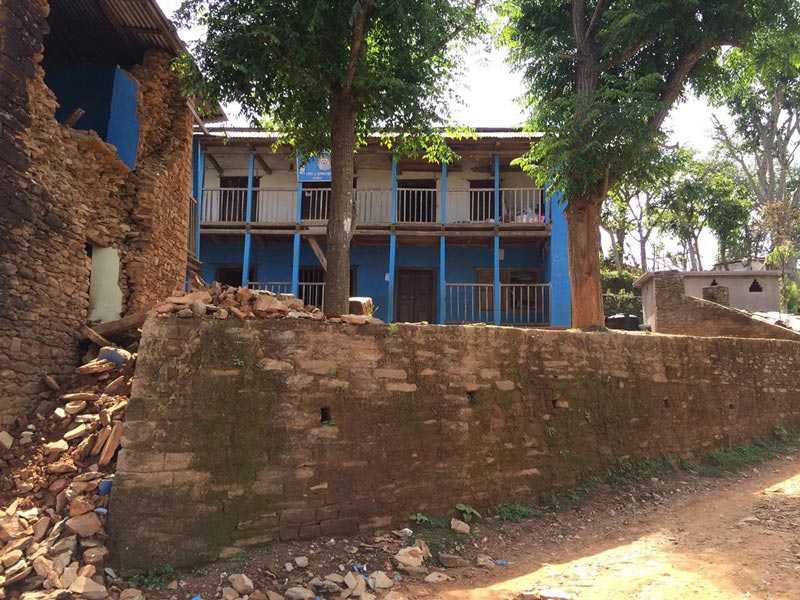 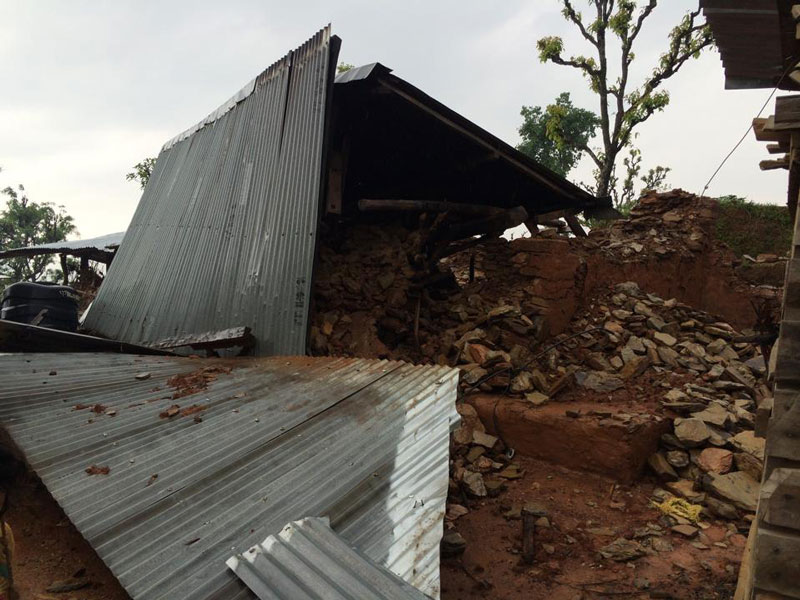 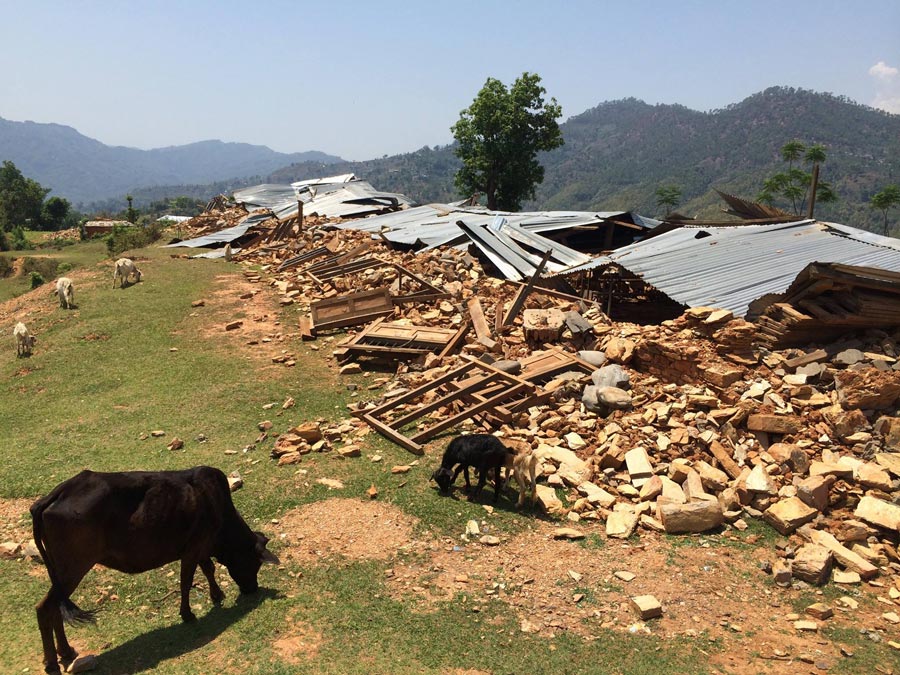 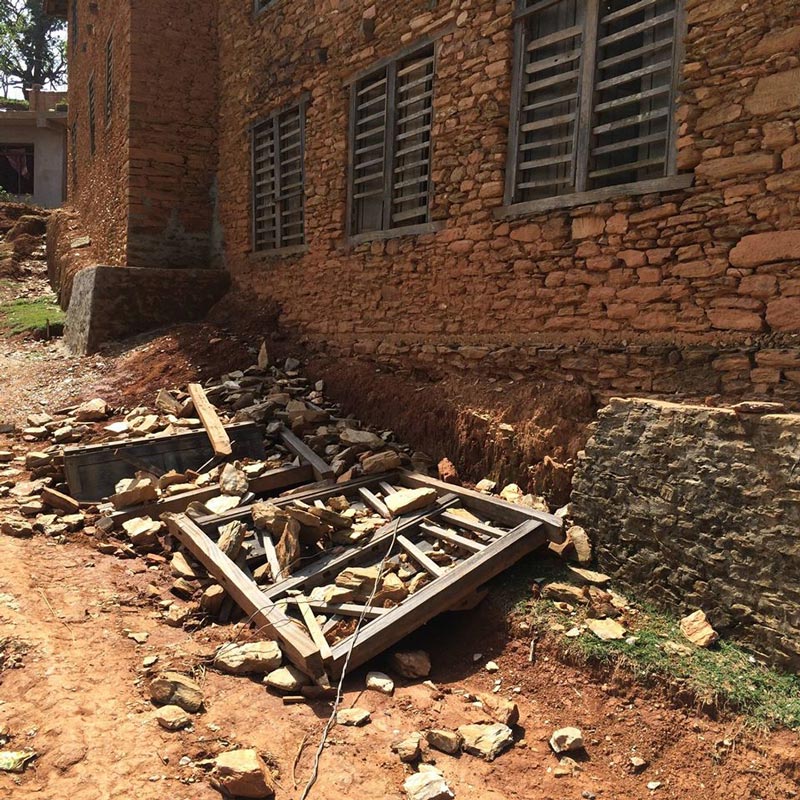 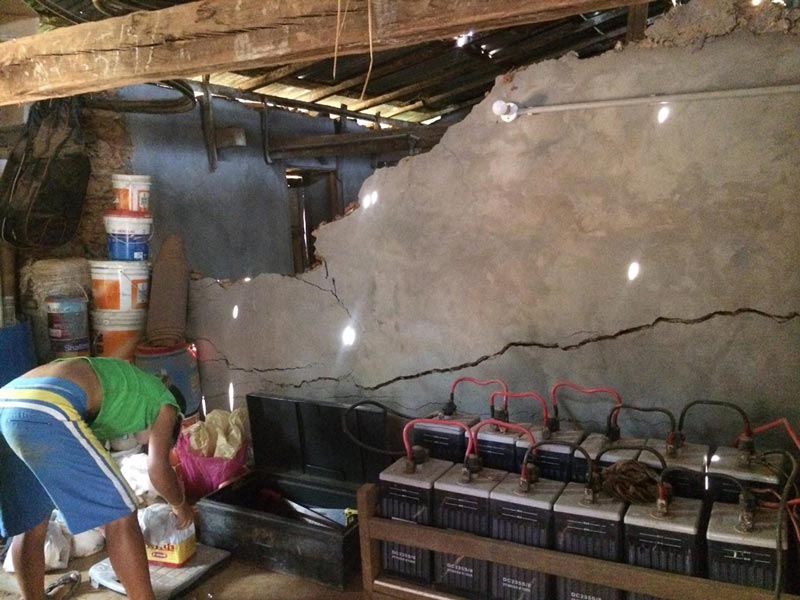 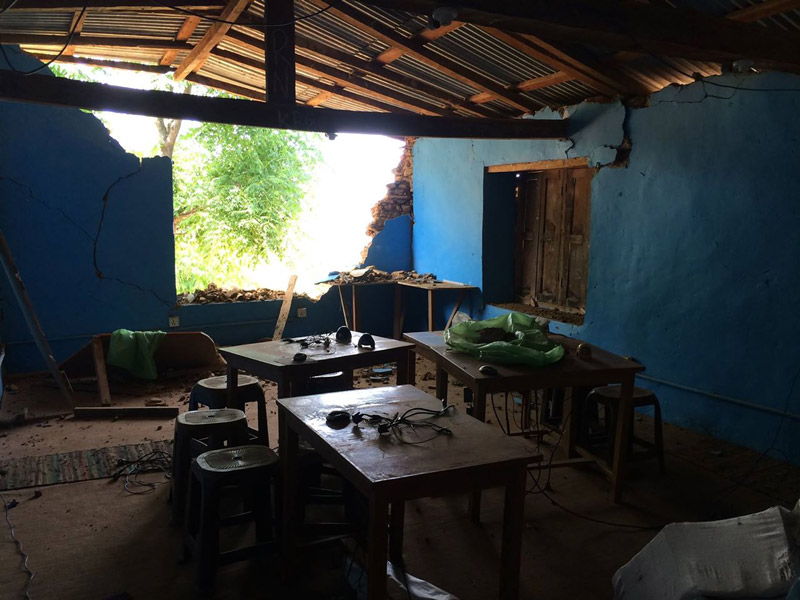 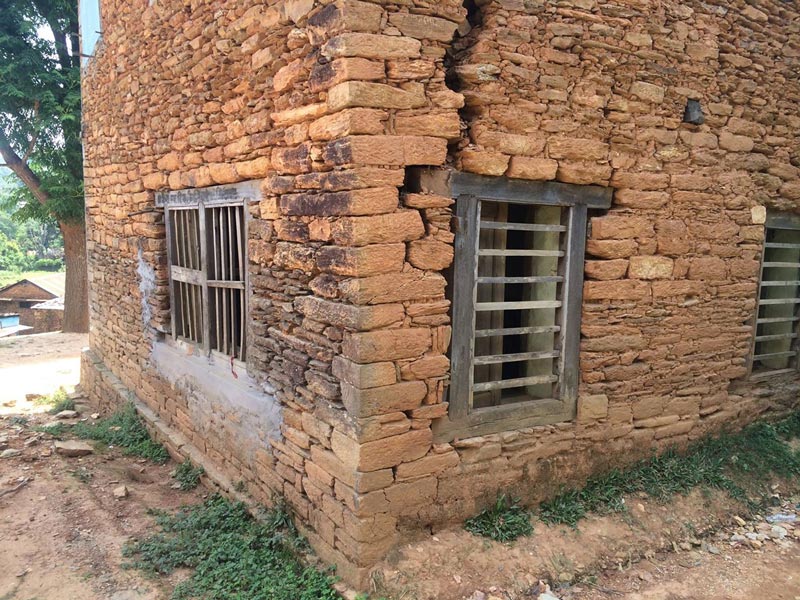 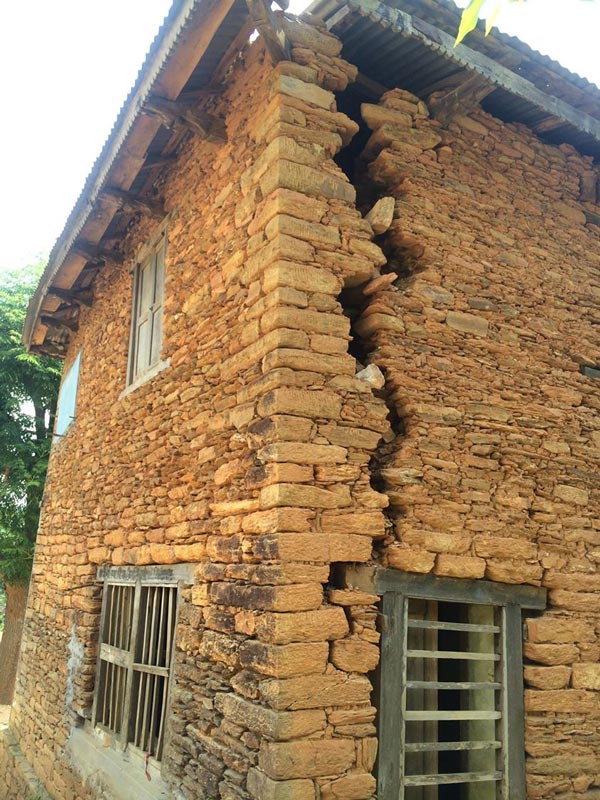 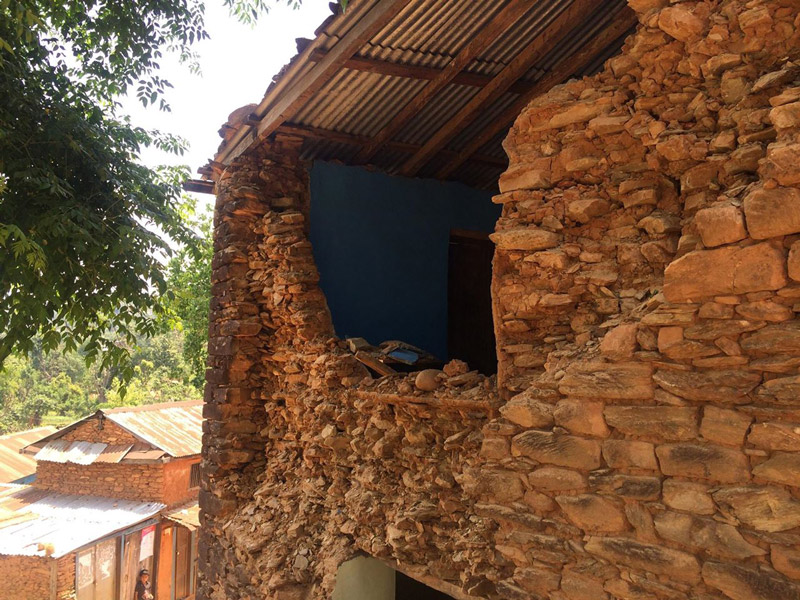 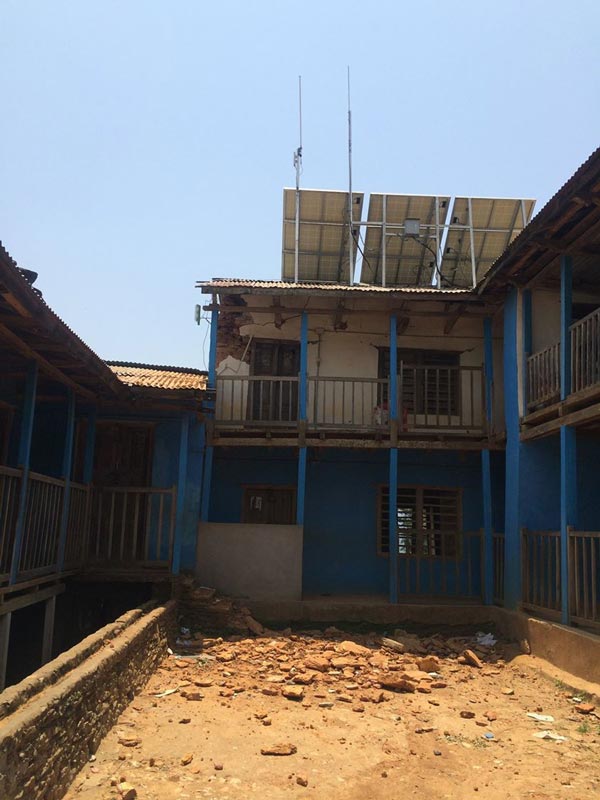 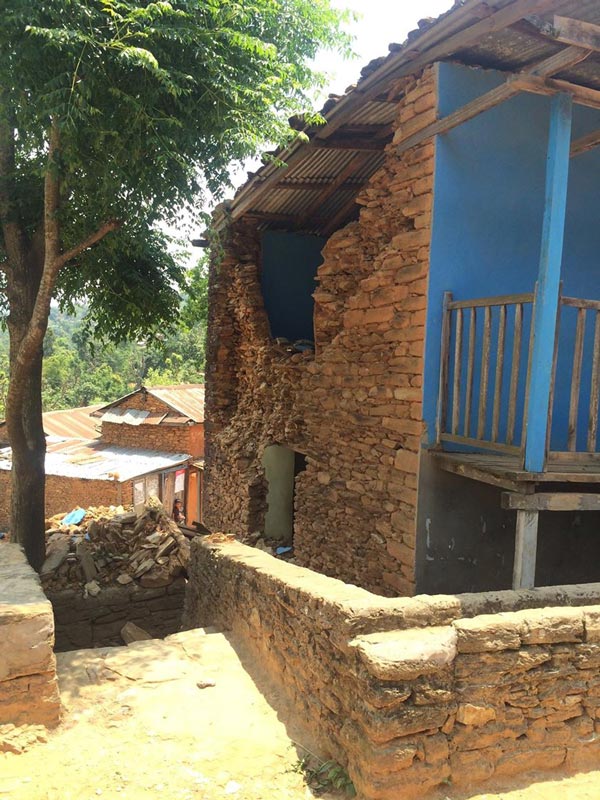 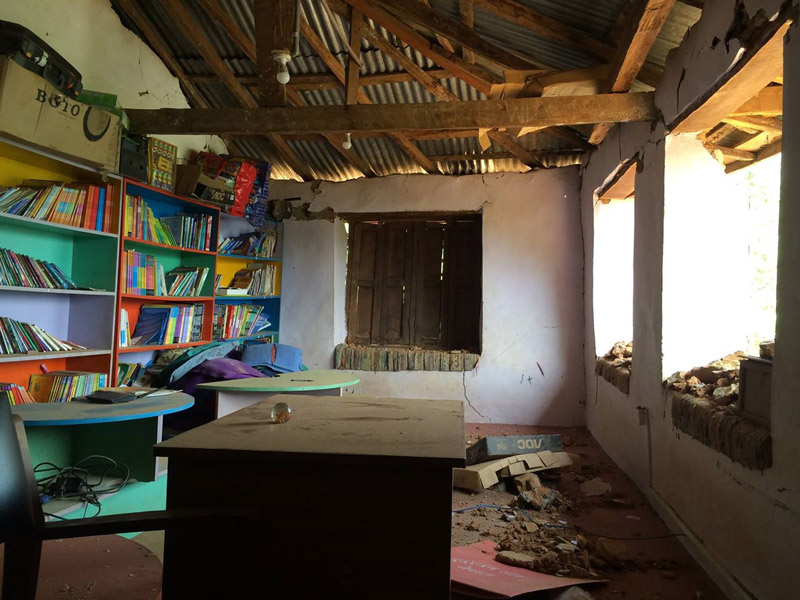 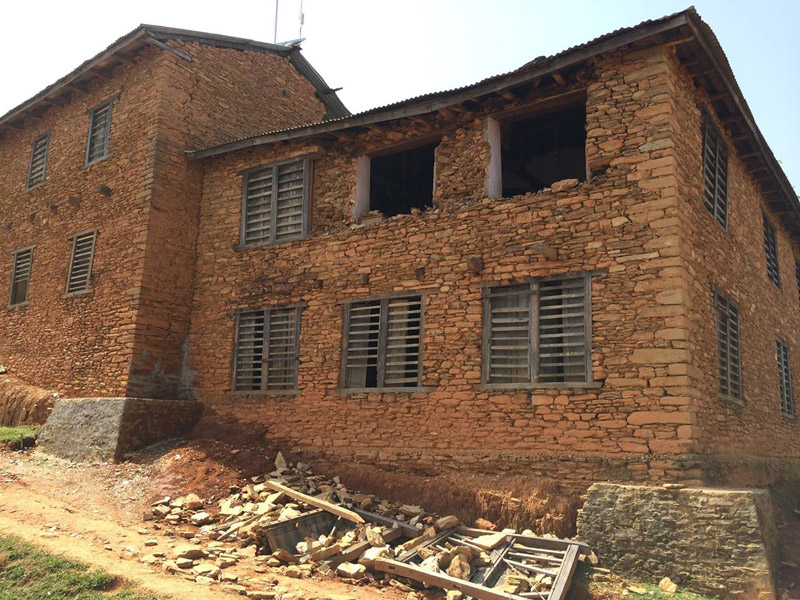 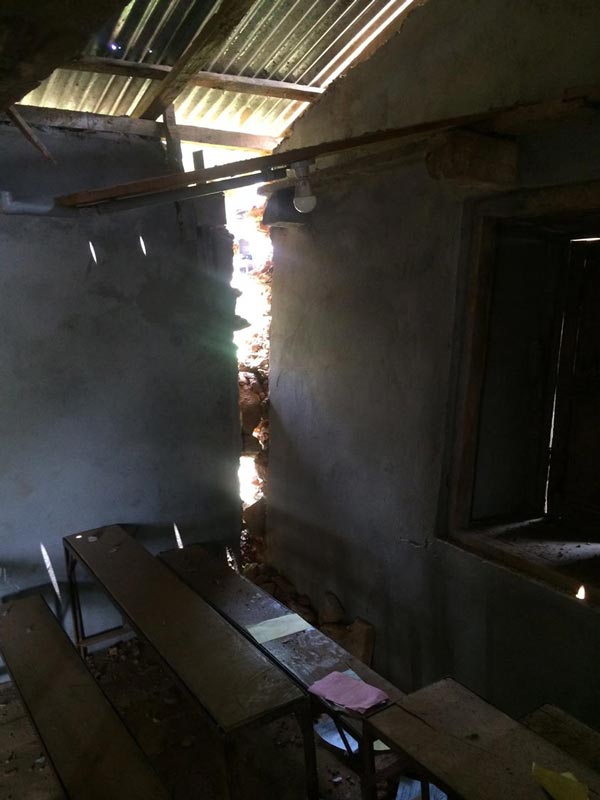 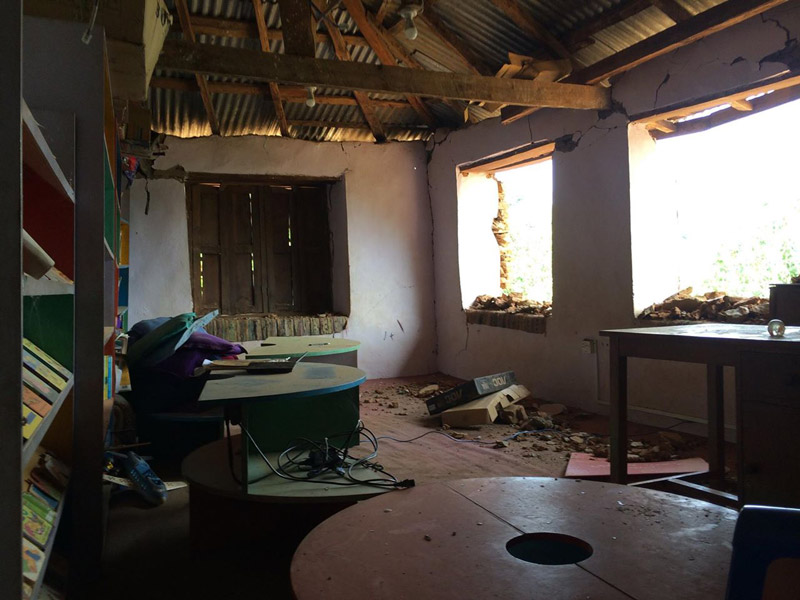 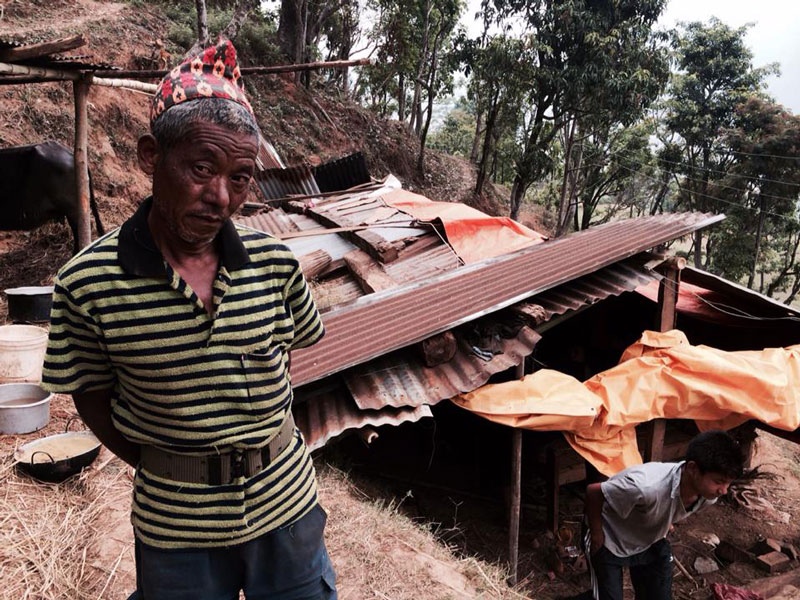 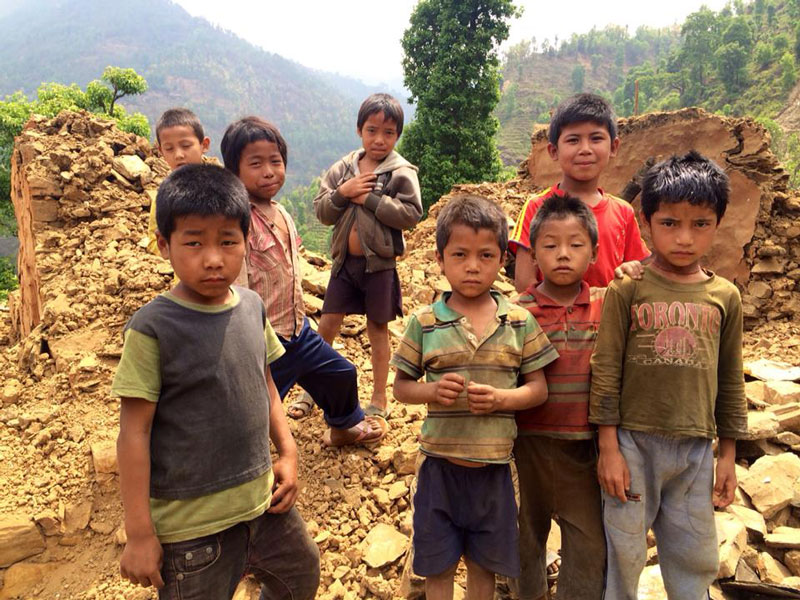 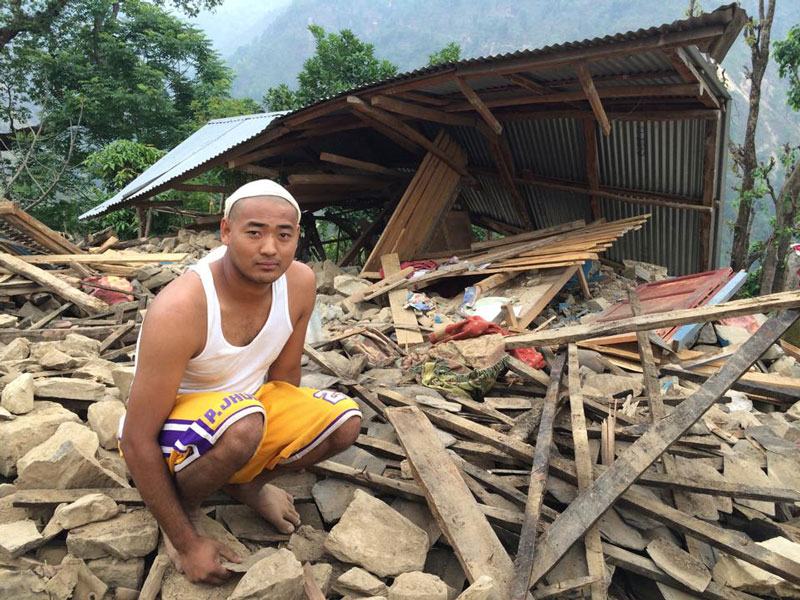 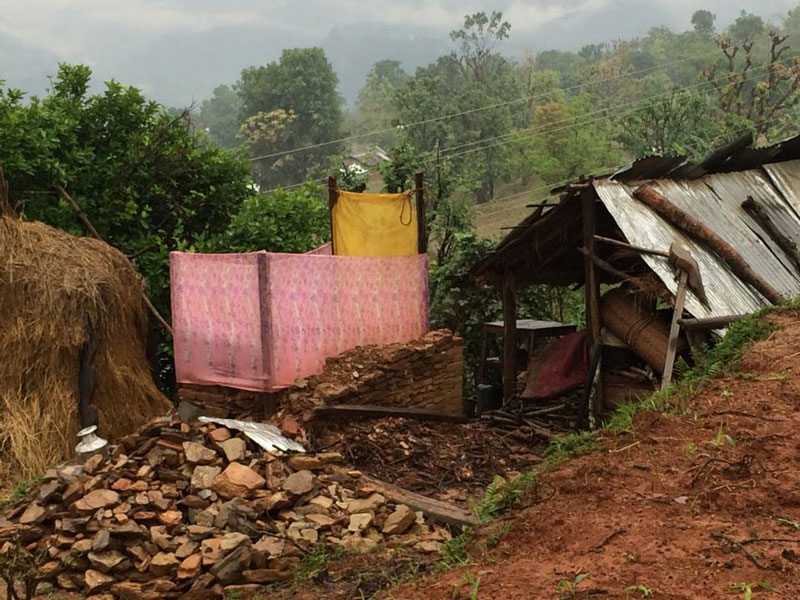 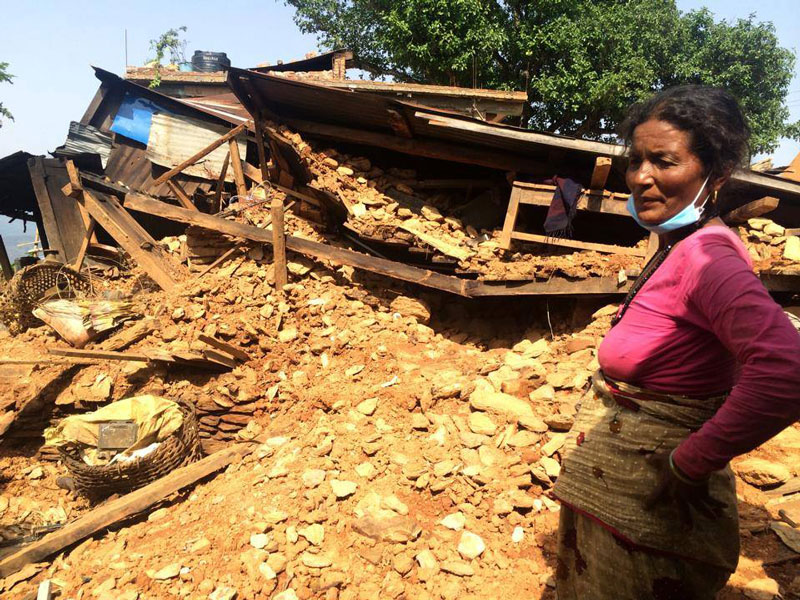 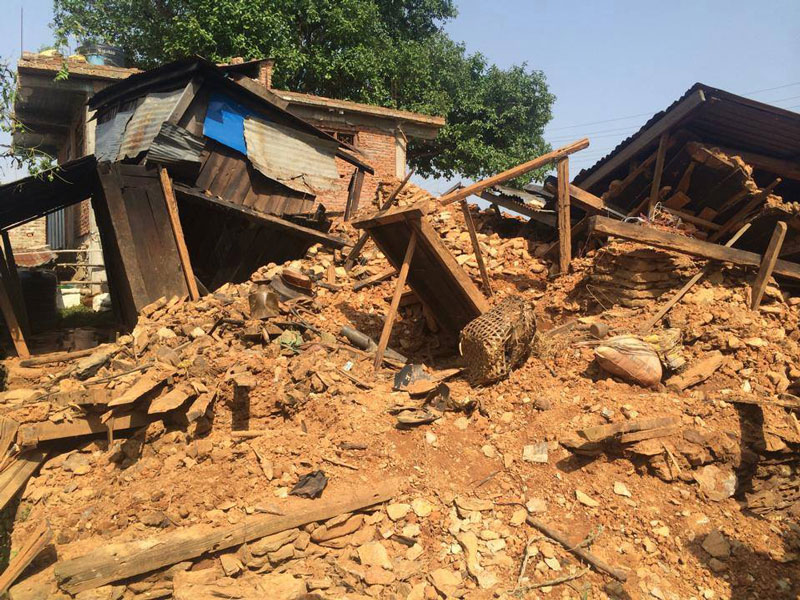 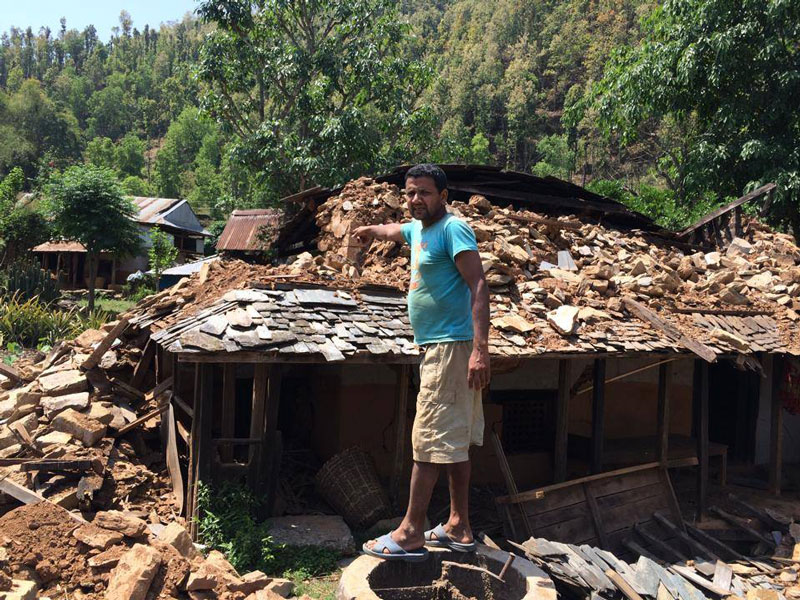 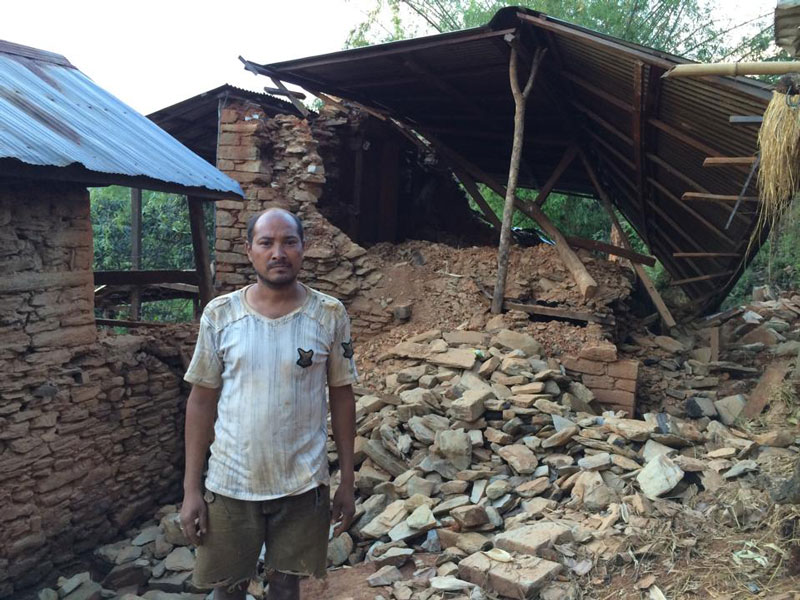 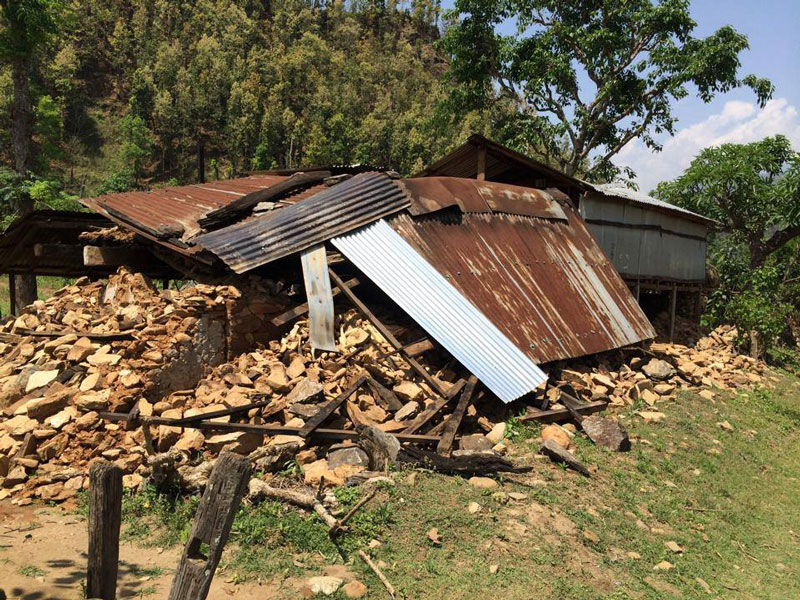 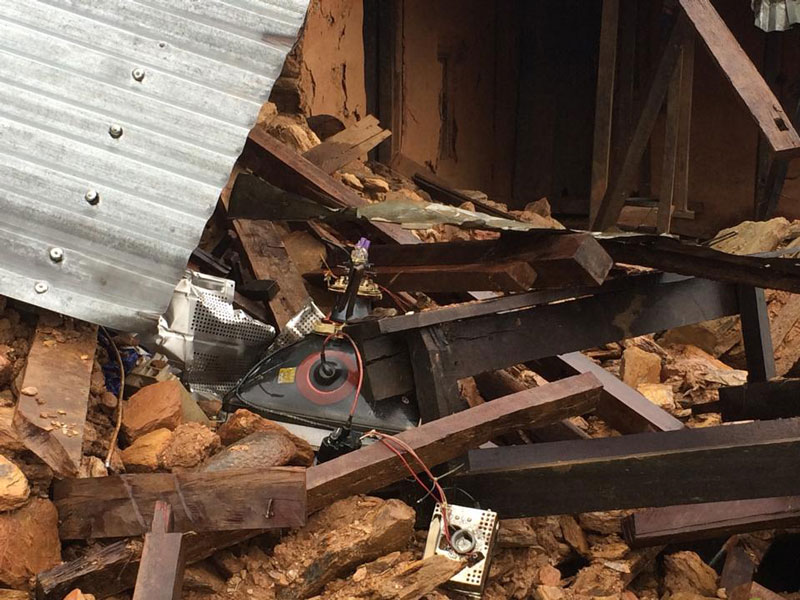 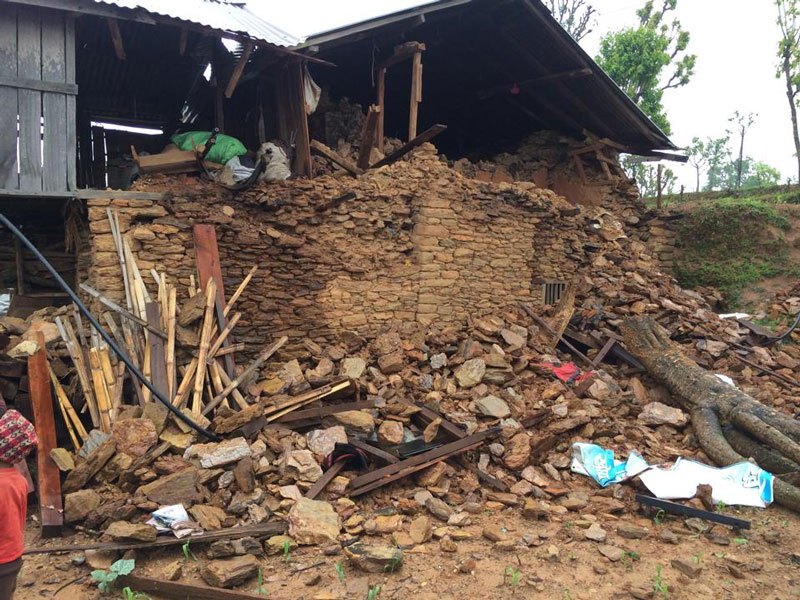 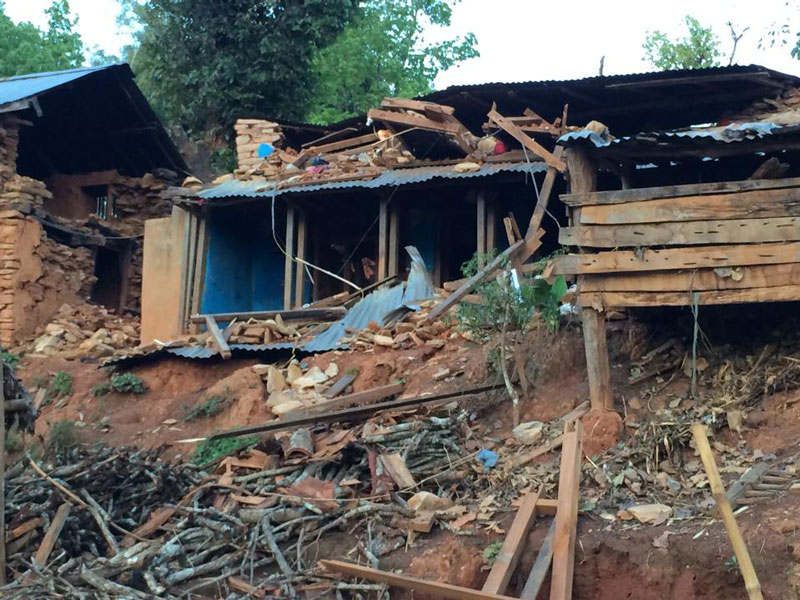 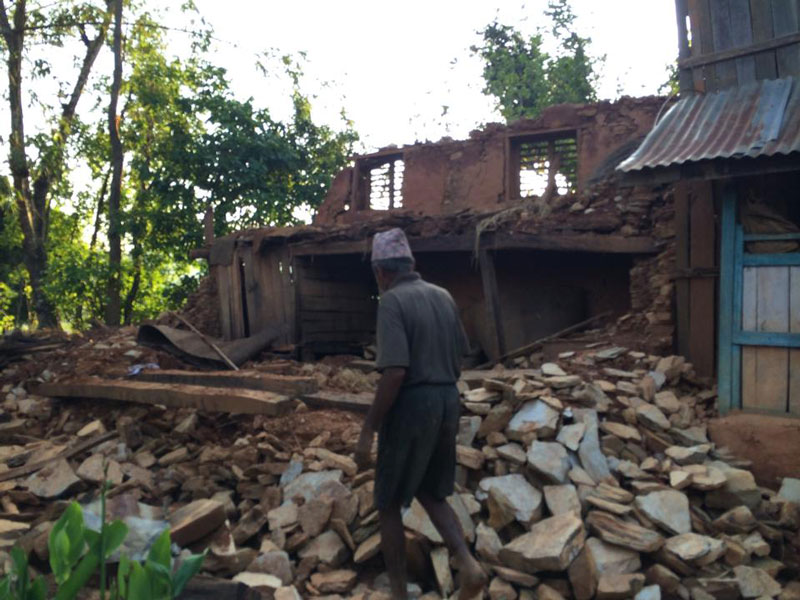 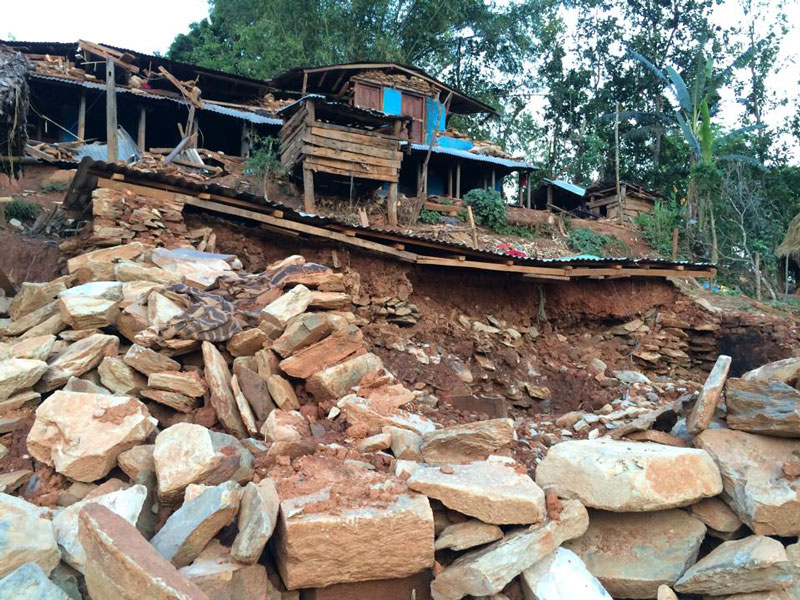