The youngest children are the ones who need a stimulating environment the most. But after more than a year working in Dhawa, as the newly refurbished Shree Prabhat neared completion, we  discovered a tiny nursery school  far worse than anything we had ever seen, in a smalll village just an hour away.

40 children, too small to make the journey through the jungle to Dhawa’s main school were being taught here. The building is not even water tight, and the government had threatened to remove funding for the teaching staff if the villagers didn’t improve the facilities fast. They had managed to raise £1000.

That’s no small sum when average earnings are under 2$/day but it’s far short of what they needed to construct a new facility. Completing a new school here became our immediate priority.

It’s very different in scope from the 14 room, two story, solid stone building we’d been completely rebuilding in Dhawa – but much more urgent. We wish we had discovered it sooner. 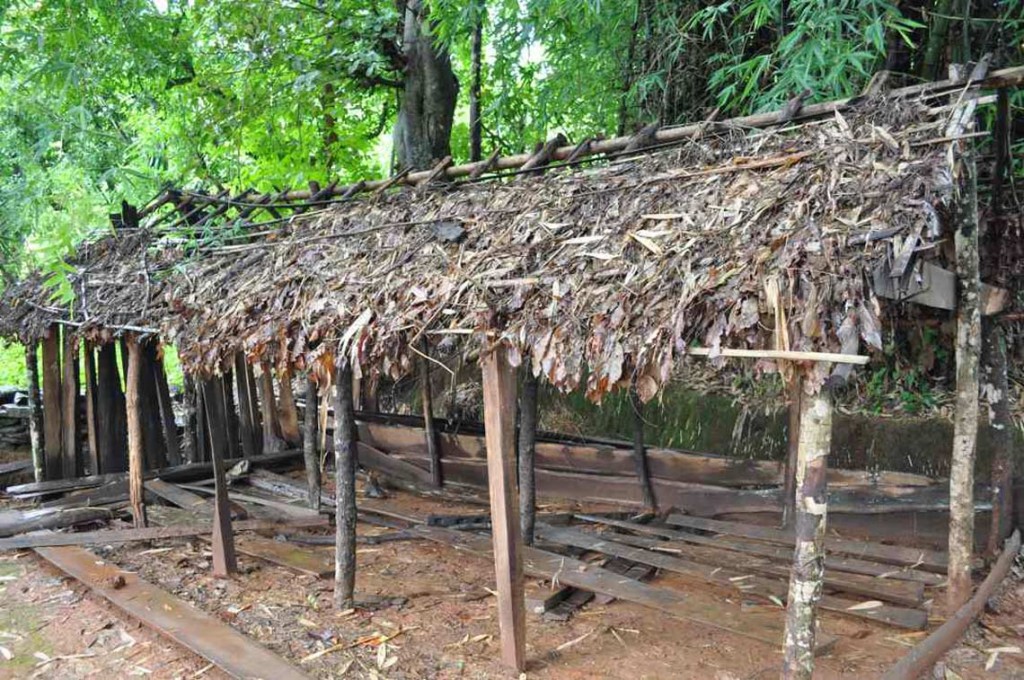 On a new site, we built three buildings around a sheltered central courtyard. Three classrooms provide space for Kindergarten (ECD), Year 1 and Year 2 students arranged around a flexible communal space for school and village use.

A pico hydro electricity feasibility study was completed by Makundadura Perera from the University of Nottingham’s reknowned Alternative Energy Unit, to give the building ‘always on’ free and clean electricity. And in a partnership with Engineers Without Borders, we held a competition and chose the winning team to complete the design and installation of the plant in Balimtar.

The new site is a naturally sheltered plot, belonging to the villagers, rather than the government, in a central location with good access from the surrounding houses. The site benefits from lovely East facing views onto which all the new classrooms are oriented. The challenge was to create a flexible responsive space at home in its surroundings, from exclusivley local materials so the design could be simply replicated in other nearby villages.

As Balimtar is in a category 12 seismic area (the most potentially dangerous) the building also needed extensive structural safeguards – all of which had to be simple to understand so they could be easily repeated elsewhere.

The new building’s concept design was taken on pro-bono by  Architecture for Humanity, who partnered with us and the villagers to locate and bring the new site to life. Assembled and mentored by AfH trustee and serial benefactor Katherine McNeil,  lead architects Eugene Healy and Delphine Luboz led a brilliant multinational team  to create a sympathetic, flexible, communal concept  which the whole village can benefit from.

The concept was picked up by leading UK architect Conrad James, who came to work for Learning Planet as lead architect, to complete the project. Conrad brought enormous energy and inspiration – and, among many innovations, completely redesigned the North face – which seems to bring delight to all who see it.

Conrad bravely picked up a  project that needed huge amounts of detail as almost every thing had to be hand made.

The key to the classroom layout is audio separation, and the creation of a fourth exterior social space – the courtyard.  An early sketch, shown above, evolved into the final plan view here.

Nepali youngsters learn frequently by singing  – so the rooms are set apart around a central shared  courtyard so each does not disturb the other.

The spaces were then initially joined back together with a continuous roof forming a covered meeting, entertainment and performance space for the whole village.

The first sketch of the roof is shown below:

We’ve included just a few sketches in this summary, but you can view or download the complete design review HERE.